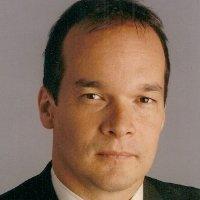 I had the opportunity to watch the video of Jennifer Livingston as she stood up to a bully who emailed her about her appearance.     I was inspired by her words and her courage.       I continue to be amazed by the bloggers in animal welfare and beyond who post mean spirited attacks on individuals, corporations and even sports team.  Hidden by “anonymous” or fake accounts – facts don’t matter, just cruel, mean posts intended to make people feel bad.   I often wonder – does it really make the poster feel better to do this?    When did it become ok to do this.   To send such a cruel email to Jennifer or worse to a child.

I will never forget the blog posts about a teenager who was killed by a drunk driver two years ago.   The blogger was actually blaming the parents of the teenager and in such a mean spirited way. that I simply can not repeat what they were saying about the parents and this dead teenager.    What is wrong with someone who attacks a mother and father the day after they lost their child to a head on collision by a drunk driver driving on the wrong side of the road!    Posted by “anonymous” below a picture of their son killed less than 24 hours earlier.

I continue to commit that my blog here will be only positive posts about my life, my pets, my work, Philadelphia, and of course, my passion – Animal Welfare.